The liveliest lodge in Elkdom

The Elks National Veterans Service Commission was established in 1946, immediately after World War II, with the sole mission of serving our nation’s veterans. Though much has changed since then, the Elks’ dedication to serve veterans and military members in need has never wavered. In VA clinics, veterans’ homes, USOs, homeless shelters and more, thousands of Elks volunteers give generously of their time, energy and resources to serve veterans and military members each year.

The Elks are committed to their mission,“So long as there are veterans, the Benevolent and Protective Order of Elks will never forget them.” The Elks take that pledge one step further, and promise service to our nation’s veterans and military members, with a special focus on service to those in need. 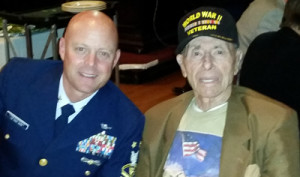 As the needs of today’s veterans changed, so have the Elks’ programs. Today, the Elks National Veterans Service Commission and the Alameda Elks have many exciting programs and partnerships catering to veterans and military members and their families.  The following are the activities and events sponsored by the Alameda Elks Lodge:

If you are a veteran or active duty military and have questions about the benefits of being an Elk, please contact our Veterans Committee.